I may earn a small commission if you purchase products through the links here. Learn more

The Zilla Temperature Controller is a popular thermostat used in the reptile hobby. They’re used, along with a heating element, to control the temperature inside a reptile or amphibian enclosure.

Zilla has an analog and digital version of their thermostat, and some variations on the watt compacity. They’re an ON/OFF style thermostat with the ability to control multiple heaters.

You can buy them online or in pet stores for $30 – $40 USD. But are they worth the price or should you get a different thermostat? That’s the question I’ll answer in this review.

Should You Buy One?

I’m a long-time fan of Zilla thermostats. I’ve had the one in the photos for many years and it’s still working. As you can see in the photos, I have the analog version. It has a dial to set the desired temperature.

Nowadays, Zilla has an updated version with a digital display. Full disclosure: I have not tested the digital version yet. I’ve only tested the analog version.

My favorite thing about this thermostat is the ability to control up to three different heating elements. Running three heaters in a single habitat is rare but two is common.

Remember, just because a thermostat can run multiple heaters doesn’t mean you should use it for separate enclosures. There is only one temperature sensor, which means the thermostat is turning ALL heaters on or off based on the temperature at the sensor.

I have no complaints concerning the Zilla thermostat. It’s worth mentioning that finding the analog version, the non-digital display version, is difficult. Most pet stores no longer carry them.

Regardless, Zilla has you covered whether you want an analog or digital thermostat. It just so happens that if you want the analog version, it can be hard to find. See a similar version here (link goes to Amazon).

My Experience With The Zilla Temperature Controller

I originally had the 1000 watt analog version for a bearded dragon enclosure. That was many years ago and it is still working! I like it for two reasons.

There is nothing worse than needing to run an under-tank heater and heat lamp in a single enclosure but having only one power outline on your thermostat. That’s not the case with Zilla; it has 3 outlets.

As far as the temperature sensor is concerned, there is nothing particularly special about it. The probe on the older analog version is a bit outdated but the newer digital version is updated.

One downside is the maximum temperature which is 105 degrees Fahrenheit. This generally isn’t a problem for pet frogs but, for certain reptile species, it can be.

So, if you’re in search of a thermostat that goes over 105 °F, I recommend the Inkbird ITC-308 (link goes to a review on this website). Otherwise, please, keep reading.

The 1000 watt analog thermostat has been a reliable device in the time I’ve used it. And I’m not the only person who feels this way. Online reviews are mostly positive, with an average customer rating of 4.5 out of 5 stars.

This is an accurate rating in my opinion. Sure, it’s not perfect but it’s better than most, especially for the price.

This section will attempt to help you decide whether you should get the digital version or the analog version. Both versions do basically the same thing.

The main difference comes in the display and how you program the thermostat.

Both versions have a power light and heat light, which indicates if the thermostat is on (power light) and if the heating element is on (heat light).

Neither version has wifi capability. It really comes down to preference. The analog version is easier to set up while the digital version shows the enclosure’s temperature.

For me, the Zilla thermostat has been a dependable piece of equipment. Mine is old and I don’t know how much longer it will last. When it finally does break, I imagine I’ll replace it with the newer digital version.

And truth be told, the only reason I will “upgrade” to the newer version is to test and review it for you all. If not, I’d happily find another analog version.

Sure the old-school probe is a little bulky and outdated but it does a great job. The cable length is sufficient and easy to work with.

Overall, I recommend this thermostat and give it a 9 out of 10.

TLDR; Should I Buy A Zilla Temperature Controller?

Absolutely! I’ve had one for years. It’s reliable, easy to set up, and reasonably priced. Zilla has multiple versions of their thermostat but the main difference is in displays.

One of the things I like about these thermostats is the ability to control up to 3 heating elements. This is great for enclosures with multiple heating pads and/or ceramic heat emitters.

Related: The Best Thermostats for Reptiles & Amphibians Under $60

I hope this review helps you make an informed decision on which thermostat to buy! If you have any questions, feel free to leave a comment below and I’ll do my best to reply in a timely manner. 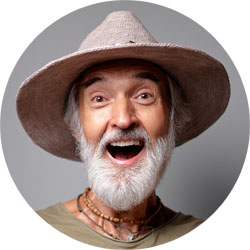